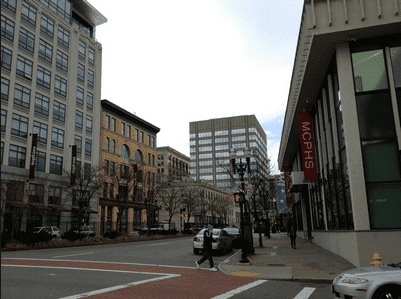 MCPHS University, formerly the Massachusetts College of Pharmacy and Health Sciences, based in Boston, is expanding its footprint in Worcester.

The college purchased the former manufacturing site of Morgan Construction Co. – which was acquired by Siemens in 2008 – at 15 Belmont St. for $2.9 million Wednesday, according to the Worcester Registry of Deeds.

The 3.5-acre property, which has two, interconnected buildings built in the early 1900s, has about 90,000 square feet of space, according to the school.

MCPHSU said it plans to redevelop the property into rental apartments for its graduate students, faculty and staff.

“The Worcester campus attracts graduate-level students from 39 states and abroad, and to continue to enroll the highest-qualified students we must continue to provide first-class housing opportunities,” said President Charles F. Monahan Jr. “The Morgan Building sits adjacent to WPI’s Gateway Park, and we believe this development will complement the exciting and dynamic revitalization of Lincoln Square and north Main Street.”

In September, the school announced plans to double enrollment of the Worcester campus, which has about 1,200 students, in the coming years and to develop addition programs there.

Since coming to Worcester in 2000, MCPHSU has continued to expand its presence, most recently announcing that it will lease micro apartments from a developer renovating buildings on Main Street. According to the school, it has invested more than $350 million in downtown Worcester.

The Morgan Construction Co. utilized the Lincoln Square site beginning in the late 1980s to manufacture steel rod and bar rolling mills and bearings for the steel industry. It eventually moved operations to Goldsberry Street, which most recently housed the company’s executive offices.