You are here: Home / Articles / Worcester Area Property Owner Pleads Guilty, Sentenced in Connection with Child Endangerment and Other Charges 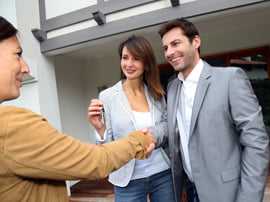 WORCESTER — A Worcester area property owner has pleaded guilty and been sentenced for fraudulently claiming that one of his properties had been de-leaded and endangering the children who lived in the property, Attorney General Martha Coakley announced today.

“This defendant deceived tenants about the presence of lead in his properties, thereby endangering the health of those tenants, including two little girls,” said AG Coakley. “This case makes clear that a landlord who fails to meet his or her responsibilities under the lead laws may be held criminally responsible for child endangerment. We applaud the Leicester Board of Health and the Massachusetts Department of Public Health for helping bring this case forward.”

“Massachusetts has one of the strongest laws in the U.S. aimed at preventing lead exposure to children,” said Suzanne Condon, Director of the Bureau of Environmental Health at the Massachusetts Department of Public Health. “Given CDC’s new guidance suggesting that children with lower blood lead levels are at risk of health impacts, it is critical that such laws be adhered to in order to protect our most vulnerable population.”

Jaroslaw Pianka, age 42, of North Oxford, pleaded guilty Thursday during his trial in Worcester Superior Court to charges of Child Endangerment, Larceny by False Pretenses, and Uttering (2 counts).  Yesterday, Superior Court Judge Richard Tucker sentenced Pianka to three years of probation, with the condition that he disclose all properties he owns to the Department of Public Health and de-lead the properties as directed by them.  Judge Tucker also ordered him to complete 300 hours of community service.  The Commonwealth recommended that Pianka be sentenced to 18 months in the House of Correction, 59 days to serve, with the balance suspended for three years, and to pay $9,825 in restitution to the victims.

Pianka, the owner of two properties located on Dale Court in Leicester, failed to comply with lead laws by failing to disclose what he knew about lead paint in the properties, failing to inspect the properties for lead paint, and then submitting fraudulent certificates of lead compliance instead of having the properties properly de-leaded.

According to the evidence presented at trial, a family with two children under the age of six rented one of the Dale Court properties from Pianka in February 2007 based upon his verbal representation that the property had been de-leaded.  Massachusetts Law requires owners of properties containing dangerous levels of lead to abate or contain lead whenever a child under six years of age resides in the property.  Two years later, the family performed a home lead test which revealed lead in the property, and contacted the Leicester Board of Health (Board of Health) to request a lead determination.

Further inspection of the property by the Board of Health found lead in the children’s bedroom and a bathroom and, on March 31, 2009, the Board of Health issued an order to Pianka to correct the lead in the property.  Following the order, in April 2009, Pianka provided the family with a document purporting to be a letter of full de-leading compliance for the property and the Massachusetts Tenant Lead Law Notification and Certification Form, which is required by law to be provided by landlords to tenants prior to renting properties built before 1978.  Pianka also filed the purported letter of full de-leading compliance with the Board of Health.  A subsequent review of the letter conducted by the Massachusetts Department of Public Health’s Child Lead Poisoning Prevention Program determined the documentation to be fraudulent due to the fact that it claimed to be prepared by a person who was never a licensed lead inspector in Massachusetts, it bore a license number that had never been issued by the Department, and contained fictional phone numbers.

Pianka also pled guilty to filing a fabricated de-leading certificate for a second property located on Dale Court in Leicester.  In March 2009, the Board of Health issued an order to Pianka to abate lead hazards in the second property. In response to the order, Pianka submitted another document purporting to be a letter of full de-leading compliance.  Further investigation of the letter using the Licensed Lead Inspector Database of the Massachusetts Department of Public Health determined that this letter was also fraudulent because it also claimed to be prepared by a person who was never a licensed lead inspector in Massachusetts, bore a license number that had been issued to another person, and contained fictional phone numbers.

A Worcester County Grand Jury returned indictments against Pianka on December 17, 2010. Pianka was arraigned on January 5, 2011 in Worcester Superior Court at which time he pled not guilty and was released on personal recognizance.  Pianka pleaded guilty Thursday and was sentenced by Judge Tucker yesterday.